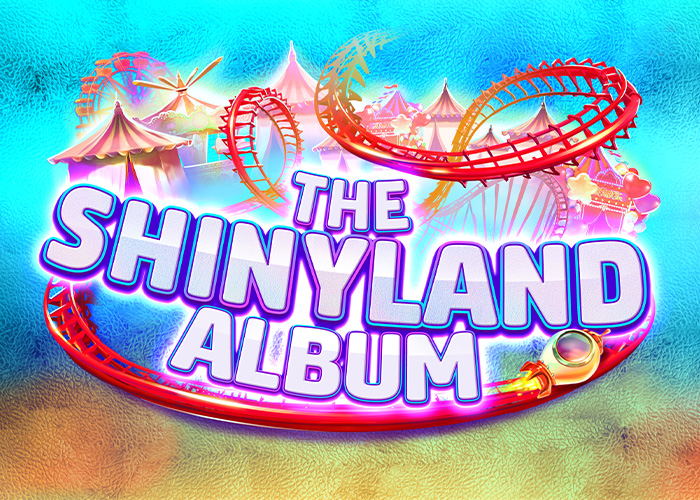 It’s that time again – Slotomania is out with a brand-new SlotoCards Album and it’s more sparkling than ever! Meet the Shinyland Album, where you can make EVERYTHING extra shiny. If you’ve never tried Slotomania’s amazing cards collecting experience before – what are you waiting for? You’re in for an absolute thrill! The #1 free slot app has launched a new, colorful & bright album that takes place in ‘Shinyland’ – an exquisite theme park in which you get to enjoy sparkling fun wherever you visit. The idea of the whole concept is driven by one of the most famous SlotoCard types – the Shiny Card. Here is everything you need to know before going on your first ride! Before you do, make sure to put a big smile on your face, because a day without excitement is a wasted day!

As some of you already know, the SlotoCards Album is one of Slotomania’s greatest features. The idea is simple – collect new SlotoCards to your personal album by spinning, leveling-up, purchasing, completing challenges and as gifts from friends. Each album is divided into sets of 10 cards each & you win a prize with every set you complete. This time, however, you get to enjoy twice the prize! Every SlotoCard has its own Shiny version now, which means you can collect 10 Shiny cards in a set. This will automatically turn it into a Shiny Set & award you with an awesome reward on top of the set’s completion prize. How exciting! In case you didn’t get the whole picture by now, Slotomania gives you the opportunity to turn your whole Album Shiny, which as you probably guessed, will award you with an even bigger prize for your extra effort. Sounds like the perfect time to make your Album shine bright like a diamond in a fancy jewelry store!

We all remember that classic moment when the fairy godmother chimed the magic words as she moved her magic wand from side-to-side and… Poof! Cinderella’s dress turned into a beautiful, shiny ball gown. Well, guess what? Now YOU can wield that power, too! Introducing the Shiny Wand – the latest and biggest surprise in the Shinyland album. A Shiny Wand will turn any of your cards into a shiny card – Aces or Gold Cards too! This means the wands are your way to turn cards shiny. Win them in the Quest Saga feature, the Shiny Show and more. Be careful, though! We all know magic is an untamed force – if unused within 3 days, a wand will auto-turn a random card of yours, shiny. Having said that, winning a new wand will instantly reset the counter back to 72 hours – it’s a glimmering circle of fun.

Who thought the combination of slot games, card collecting & a theme park would be such an amazing match? Well… when you think about it, it does sound super lit! That’s the exciting part of it, though – Slotomania gives you that feeling of never knowing what will today spin. The cool thing is that in addition to having fun with just collecting cards as a standalone, the Shinyland album has an added value within the cards’ art – If you check closely, you’ll notice every little thing has been taken into consideration, in order to give players the mindset of theme-park visitors. The exceptional artwork of every card, combined with fresh copywriting & LOTS of witty word puns within the card names. That “extra-mile” content that pours a wonderful layer of glittering fun on top of all is what really differentiate it from other slot games. This album offers a thrilling new adventure in one of the Slotoverse’s most exciting sites – the sparkly Shinyland amusement park. Beyond the mesmerizing artwork and dazzling concept, it is super clear that there is an innovative approach towards the idea of card-collecting in Slotomania; it seems like the #1 free slot app has re-invented fun once again and does the thing it knows best – keeping its players’ lives full of endless possibilities & excitement. Y’all know what they say – a family that plays together, stays together.
Back to blog

Need Help? Contact our Support
Connect to play
Or